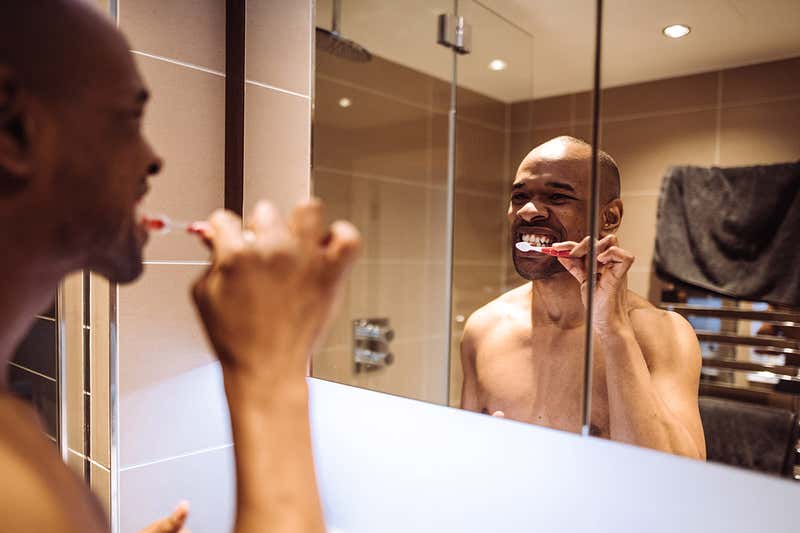 What is gum disease and why should I be worried about it?
Gum disease, also known as gingivitis in its mild form, occurs when bacteria accumulate in tooth plaque, causing inflammation, receding gums and bleeding. If it progresses to the more serious form, periodontitis, it can lead to tooth loss.

Why is it important?
It turns out that one of the key bacteria that cause gum disease – Porphyromonas gingivalis –  may also be the root cause of Alzheimer’s disease, a form of dementia. 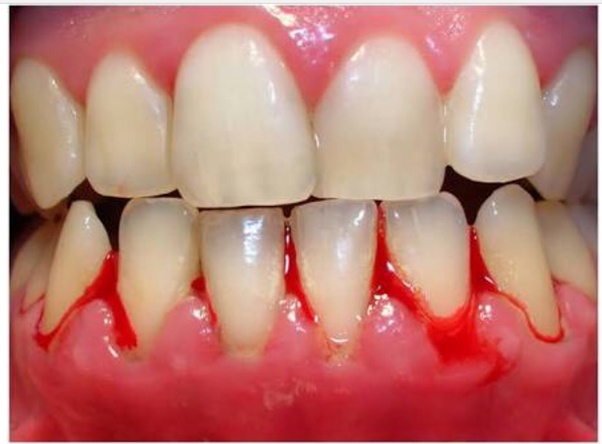 Yikes. How do I know if I have gum disease?
Occasional bleeding from the gums when you clean or floss your teeth doesn’t definitely mean you have it, as you may just have been too rough. But dentists advise that any bleeding should be checked out. Other signs include soreness around the gums and bad breath.

What should I do about it?
Researchers are working on a vaccine and a specific anti-toxin for P. gingivalis, but these are some years away from reaching the clinic. Until then, your best bet is taking the usual steps to avoid gum disease.

So, how can I avoid gum disease?
Your dental hygienist advises cleaning your teeth twice a day, and flossing or using interdental sticks to get plaque out from the gaps. Too vigorous brushing can get oral bacteria into the bloodstream, so take it easy. But if plaque is allowed to build up it can turn into hard tartar, which harbours bacteria towards the tooth roots.

I may have left it too late…
If tartar has already taken hold on your teeth, it can’t be removed by ordinary brushing and must to be scraped off at the dentist. The UK’s National Institute for Health and Care excellence advises seeing your dentist at intervals starting from as frequent as every 3 months, depending on the state of your teeth and other health factors.

Anything else I should do?
Smoking makes gum disease worse and harder to treat. A good diet and exercise regime reduces low-level chronic inflammation. Such inflammation is bad for your gums and your brain.

So are we all doomed?
Gum disease is very common – according to the UK’s National Health Service, most adults have it to some extent and clearly not everyone ends up with Alzheimer’s. There’s still much we don’t understand but it could be a question of how much bacteria are present or how good your body’s defence mechanisms are.

Hang on, didn’t people used to be terrible at brushing their teeth?
You might think that our ancestors’ poor oral hygiene would make them more susceptible to Alzheimer’s, assuming that P. gingivalis is indeed responsible. But in the past, fewer people would have reached old age when Alzheimer’s rates increase. In the UK, for instance, about 30 per cent of people over 90 have dementia, but only 3 per cent of 70-75-olds.

Original article by New Scientist with modifications and published with permission https://www.newscientist.com/article/2191842-gum-disease-may-be-the-cause-of-alzheimers-heres-how-to-avoid-it/#ixzz68vXSOETZ

You may have Gum Disease.